Big congratulations to Venda’s family, who traveled so far and had a lot of success! 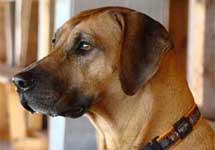 Venda Ayaba was 3rd Best Show Bitch in the 2007 show ranking of the Rhodesian Ridgeback Club of Poland.